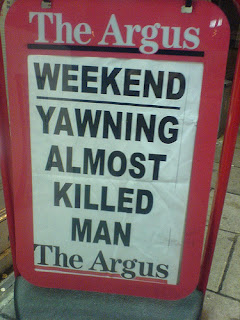 Prezi brings even the dullest subject matter to life. It emphasises the connections between ideas and you certainly won’t experience death by powerpoint. Using Prezi can be a good way to ensure listeners remember your message!

It isn’t just for presentations but can be a very effective way of delivering information to be accessed without a speaker.  For example this guide I use on evaluating information.

Advantages of Prezi
Here is a video of Prezi’s Founder introducing Prezi:

Prezi is very flexible and  has two main advantages:

But there are others:

This striking statement comes from Edward Tufte, Yale Professor of Political Science, Statistics and Computer Science, quoted in the London Evening Standard. Tufte is one of the most vocal critics of Powerpoint as a presentation tool, arguing that it eradicates nuance and limits creativity.

See the links under further information for other reasons to use Prezi over Powerpoint.

Here are some instructions on how to get started with Prezi.

Or watch this video:

How to create a good Prezi (a useful guide by Prezi founder Adam Somlai-Fisher)
Tips on navigating the canvas
Tips on grouping, framing and zooming
Sharing your Prezi
‘Why Powerpoint makes us stupid’ (an article that explores the dangers of presentation software)
Top 5 reasons to use Prezi instead of Powerpoint
Learn Prezi: http://prezi.com/learn/

Prezi For The Win? Ten Top Tips To Make a Good One

How To Make a Fantastic Prezi by Rochelle Mazar on Prezi
http://prezi.com/voswslsdta0o/how-to-make-a-fantastic-prezi/

The Biographical sources are:

This video shows you how to do a basic search.

How do I ensure that my search retrieves all articles containing the different spellings of a person’s first name and/or surname?

To use multiple name variations when searching for a person:

How do I search for a person within a specific source?

Twitter is an excellent resource which is often underused in Academic research. Largely because of common misconceptions of Twitter including:

This is unfortunate, because Twitter is a valuable resource for academics. If you’re allowing  inaccurate stereotypes to deter you, you’re missing out.

You don’t need to follow everybody, you can select who you follow so that you don’t have to know what Lady GaGa has had for breakfast.

To stop the “noise” on twitter be selective about who you follow and run keyword searches to seek information you want.

Think of it as a radio that is playing all the time in the background. You can tune in and out of it when you want to and if something particularly good has happened you can search for it – just as you could look up a radio show on BoB or iPlayer if you missed it but everyone says you should hear it.

Twitter is excellent for networking and connecting with researchers with similar interests. You can also follow most conferences on Twitter using hashtags, so even if you can’t get to a conference or seminar you can find out what is happening.

A big concern for many researchers is managing their online identity. This video from the University of Warwick explains why you don’t need to worry too much:

If you need more convincing here is a personal journey through Twitter:

When using Twitter for research it is helpful to ask effective questions. This blog post gives some advice. You have probably heard of twitter. I expect you have seen stories about celebrities tweeting and how news stories are broken on twitter but …

Firstly – how you use it is up to you. Twitter is all about sharing, learning and gathering but you can be an observer or right in the middle of the conversation. Whatever suits you.

# or hashtag: used to mark words or topics in a tweet. If you click in the hashtag you will see other tweets mentioning the same topic. This can be especially useful for tags for a conference or about a news story.

@ this is the symbol before the username I.e. @RHUL_library is our twitter username (or handle)

Mentions: when you want to mention a company or publicly message someone you can use their Twitter name.

Retweet: this is when you forward a tweet to other users. (abbreviated to RT)

Trending topics: when a topic is being discussed a lot on twitter it trends.

Networking – start conversations and get to know your peers.

Keeping up to date – often Twitter is the first place people find out about major news events. It is also very useful if you commut

e or have to travel at all as this post I did illustrates.

Sharing – not just funny pictures of cute animals or you tube videos of dogs chasing deer but ideas, information and opinions (be careful on the opinions bit though. Tweets have a long lifespan).

Get answers – if you are stuck with something ask Twitter and often the answer will appear. There are a lot of clever people on Twitter.

Entertainment – Twitter is full of jokes, funny videos and quick wit. Follow celebrities, especially comedians and you will laugh a lot.

Tweet about it and let others know when a brand does well. Had bad service? Same applies. Also most companies take Twitter seriously so they will respond to complaints as they are public.

What do you have to do?

Nothing! If you want you can register for an account, follow people and not interact at all. However this won’t give you the best experience.

One top tip is to put up a photo. It doesn’t have to be you but it is good if it is. Otherwise you’ll just be an egg. Also put something in the profile, again it could just be “I like chocolate” but it makes you more “you”. If you want to get followers put in key words such as your subject area or location.

Unless you have protected your tweets anyone can follow you and you don’t have to follow them back but you can block people if you don’t want to see what people are saying.

Twitter works best when you take part in it. You need to interact with people on there otherwise you’re basically the person sitting in the corner listening in on other people’s conversations but turning away when people try to talk to you. It can be daunting sending that first message to someone you don’t really know but what’s the worst that will happen? They might ignore you but unless they’re a celebrity who gets hundreds or thousands of messages it’s unlikely (and if they are a celebrity they might just reply if what you say is relevant).

Twitter allows you to interact with people, you can retweet, reply to and ask questions of people you might ordinarily have no contact with but remember to be polite – say hello and introduce yourself.

1. Give as much information as possible in your Twitter Bio – so people know who you are and if they want to follow you.

2. Credit people when you share links or informatio – you don’t want to plagiarise do you?

3. Don’t just tweet your every move  – how boring would that be in real life? (and if for some reason you are tweeting more than usual i.e. at a conference warn followers so they can mute you (Muuter .com allows you to mute people or keywords)

4. Don’t expect anything in return for information  – it is all about gving not receiving.

5. Say Thank-you – if you receive information or someone retweets you then it is polite to say thank-you.

Of course if you don’t want to know the results of a TV show, football match or the Oscars you need to avoid twitter, much like that episode of Whatever Happened to the Likely Lads where they spend the day avoiding the football score.

Get Tweeting (and don’t forget to follow us – @RHUL_library )

What is Google Reader and what are RSS feeds?

Mendeley is a reference manager with a difference, it allows you to discover and share material with colleagues and like minded researchers.

Described as the largest crowd sourced library in the world, Mendely can put you in touch with reseach you didn’t know existed and offers customised and peer recommendations for what to read next. You can view and select popular papers, or browse subject disciplines to select the topics of most interest to you. You can install the Mendeley web importer tool to enable you to import papers as you find them online.

This video quickly tells you what Mendeley is:

On a practical day-to-day basis, Mendeley will allow you to:

You’ll find a useful getting started guide is automatically downloaded into your Mendeley Library.

This is the new Royal Holloway Library blog.

You will find tips, help and news here.

A shipmate needs help. They’d like to read Treasure Island but don’t know where to find it in the library. Can you help them?

You also need to answer the following two questions on your answer sheet:

5. If you borrowed a short loan book on Tuesday at 11am, when would it be due back?

6. Who is the Information Consultant that looks after your subject? (please state subject too)